Of course this grain is of a lower grade than Arabica, and is usually grown at lower altitudes. They are easier to grow and maintain, are more disease resistant and produce fruit much faster than Arabica, which takes several years to mature, and yields more crops per tree. Robusta beans contain more caffeine, making up 30% of the world’s coffee production.

Where does Robusta coffee come from?

Bin Robusta is grown in the Eastern Hemisphere, in Africa and Indonesia. The largest producer is Vietnam.

It is used in instant coffee, and espresso blends. So the best way when it comes to making coffee at home is espresso.

Robusta coffee has an earthy taste and has a bitter, grain-like flavor with a peanut aftertaste.

What is Arabica coffee?

These are the finest types of coffee and are referred to as gourmet coffee. It is considered to be of high quality unlike Robusta. Most of the varieties of Arabica beans are named after the country or region in which they are found or originated from, with the remaining 70% of coffee production worldwide.

When it comes to your daily cup, there are really two things that matter: Arabica and Robusta. These are the two basic types of coffee grown for drinking What’s the difference between the two? It is very important and useful to be fully aware of the differences when choosing your coffee. Where did the Arabica name come from?

The Arabica coffee plant got its name in the seventh century when coffee beans crossed the Red Sea from Ethiopia to Yemen today and it is considered the lower part of the Arabian Peninsula, hence the term or name Arabica coffee.

In the end it is a matter of personal taste. Some very high-quality Arabica coffee blends rise to fine taste while some rich, dark robusta harshness can be a good thing in a blend. Remember that Robusta contains twice the caffeine as Arabica.

The seven most important differences between the Arabica and Robusta coffee types:
Taste:

The Arabica coffee is soft, slightly sweet or fruity and easy to drink with the perfect amount of acidity for a balanced drink. However, the Robusta is bitter and tough.

Robusta is usually used for instant instant coffee and is added in small proportions to espresso mixes, on the other hand, Arabica beans are used for most other things.

Arabica is low in caffeine, around 1.5%, in contrast Robusta contains nearly twice the amount of caffeine, at 2.7%.

Especially Arabica is high in sugar, almost twice the amount of Robusta beans. It also has 60% extra fat.

The shape of the coffee types:
Arabica:

Specifically the coffee bean is oval and has a central fold which is larger in general.

The coffee bean on the other hand is paler, and the central crease is less noticeable, circular, and overall smaller.

The price of coffee types:

In general, Arabica is more expensive than Robusta, which is 1/3 less than Arabica. 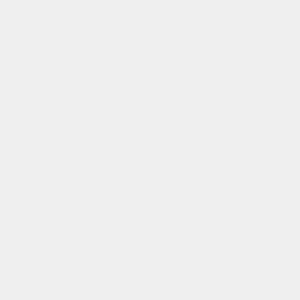 February 24, 2021 0
The benefits of cardamom (also known as cardamom, cardamom, and grouse) are all names for a fragrant, strong-tasting plant. It is considered one of the... Continue reading

February 24, 2021 0
Arabic coffee: It is a light brown drink produced by roasting coffee beans. Yemen is considered its original home and country of origin, and it... Continue reading